Most people I know are aware of my strongly held belief that the tools of modern technology could and should be used to improve the quality of life of our clients and the over 60s in general. In practice, this takes a number of forms. At The Assisted Living Group, we concentrate on Telecare and Telehealth and at Care Response, it’s Tablet Training and Tablet Development.

Telecare
Telecare assists people who wish to maintain their independence and live in their own home for as long as possible. A continuously evolving range of technological devices are tailored to meet the individual’s needs. These devices also give peace of mind to family and friends, who know that when they are unable to watch over their loved ones, Telecare will.

Telehealth
This involves the monitoring of vital signs, such as blood pressure, and the transference of that information to the individual’s GP, where it is measured against reasonable. Any abnormal readings then trigger a response.

Tablet Training
A course that we run at Care Response; by the end of which, former technophobes are amongst other things, exchanging e-mails and photos with grandchildren, messaging friends, meeting others with the same interests and hobbies and accessing free music and games.

In my experience, Telecare and Telehealth are an easier sell to the older generation than the idea of becoming proficient with a tablet. Tele devices that work in the background provide security to the individual, aid independence and give peace of mind to loved ones. Tablets and tech devices that require learning appear to invoke fear and consequently a stubbornness that’s very difficult to overcome.

But, making tablets work for the elderly is where my true passion lies

Back in December 2014, Care Response sent out a survey to over 50 people, a mixture of clients and inhabitants at a local sheltered retirement residence. We asked 5 questions, along the lines of ‘Is there a song you would like to hear that you haven’t heard for ages? If so, what is it?’ The survey took 5 minutes to complete with the choice of a free gift at the end. The forms were to be handed to a carer (or in to the reception area of the retirement residence).

The idea being that we would arrange to meet up with the client and play them that song on Spotify or the video on YouTube, demonstrating the power of the tablet.

We received 4 surveys back. 3 were fully completed and 1 partially; and 1 of the completed surveys had answered No to every question, but still made the effort to go to the reception area and hand the form in! I also went to visit a few clients at home who I knew had hobbies, the enjoyment of which could be potentially enhanced by a tablet, but the feedback was rather flat.

This all knocked me back a bit as not only were over 90% of the survey sample plainly not interested, but the few that I had specifically targeted appeared pretty underwhelmed.

Eight months on, I believe that my non-sales background had me going about it all wrong. My vision of using the tablet to bring entertainment in to seniors lives was not going to be enough to encourage them to spend the time learning how to use a tablet. Yes, it would be a by-product over time, but it wasn’t going to be the catalyst. What I needed to establish were the problems the tablet could solve. What issues did people have in their everyday lives and which ones could technology tackle?

There is also the chicken and egg scenario. I believe that the people I am appealing to are not going to be swayed by what a 42 year-old has to say. They need to see real success stories from members of their own generation.

Described in its write up on the Sky website as follows:
This new series follows the efforts of a trendy group of YouTubers as they take six retired men and women on a guided tour of the social media universe.
Before you know it, these mature students will know the difference between ROFL and YOLO; and how every passing thought can be perfectly encapsulated within a 140-character count, or, indeed, an emoji.

For me, it’s missing the point. The stories are fantastic and illustrate exactly what we are trying to do and why we are trying to do it. It solves problems and provides great case studies to show people of similar ages that a) they can do it and b) how glad they will be that they did.

The one that sticks in my mind the most is the first episode. Former French polisher, George Penfield (85) lives with his wife of over 60 years. She is in the late stages of cancer and dementia and George has become her full time carer, whilst also learning how to run a home for the first time in his life.

George and his wife have a carer come in for 6 hours per week, during which time he goes out and does the weekly shop. He barely has a minute to himself. As he learns how to use the tablet, he discovers online grocery shopping – and Talk To Google, which is great TV; and then the delivery arrives from Morrisons. No more travelling to the supermarket and back, no shopping, no queueing and no humping around bags of groceries. But, most important, it means that he can use part of those 6 hours per week to take some of his life back, doing a little of what he used to enjoy, which in his case is performing with friends.

I have watched 4 of the episodes to date and the overwhelming response from the ‘Guinea Pigs’ we have seen so far is that the internet is the most amazing thing they have ever seen. It has transformed their lives, given them something to really live for and reconnected them with their loved ones, be that old friends, children or grandchildren.
When you also consider that *around 1 million people regularly go over a month without speaking to another person, learning how to use a tablet should almost be compulsory. 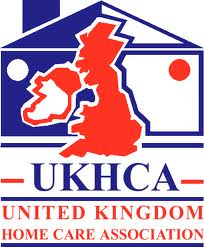